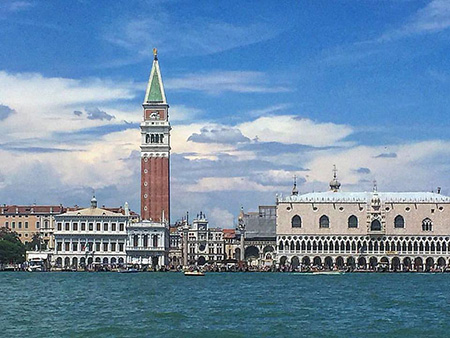 Venice is a small city on the water. Composed of many small islands, crossed by narrow canals, joined to the mainland by a single bridge, Venice is encircled by the lagoon. It is protected from the sea by narrow stretches of land that create natural barriers broken up by outlets to the sea, which guarantee continuous water exchange for lagoon.

These long sand lidos are beaches, once outposts toward the sea, today precious and unusual bathing localities for their long stretches of still very wild vegetation. The singularity of this physical environment has allowed Venice to become one of the most beautiful and richest cities in the world: protected by water, Venice has never needed to close itself within walls and has seen the sea as an opportunity to unite its history with that of the other Mediterranean civilization.

Crossroads between the East and the central Europe, Venice very soon realised that its development also depended on conquering other territories on the Po Plains and toward the Alps.

As small as it was, it needed forests to obtain lumber in order to construct its boats. From small community of boatmen, to a seafaring nation able to conquer the farthest markets of the East, Venice today, in urban terms, is no different from how it was seen by the pilgrims and traders coming from every angle of the world centuries ago.

On a relatively small surface, the city is developed with an exclusively pedestrian network between alleys and squares, with and endless array architectonic and artistic treasure that are perhaps impossible to quantify.

The majesty and wealth of the places, churches and the treasures that are hidden there are such to render Venice one the richest city to the world. Small, fragile, obstinate in its physical isolation, it is far from immobile, apparently indifferent to modernity, open to all religious creed, Venice is a natural tourist destination. On the strength of its past, and an undisputed landmark for art and culture, Venice today continues being a city that lives on the water. Rhythms and lifetimes hare are totally different from any other city in the world. 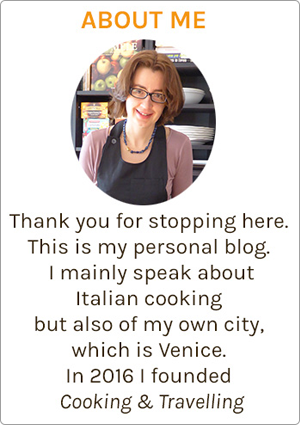 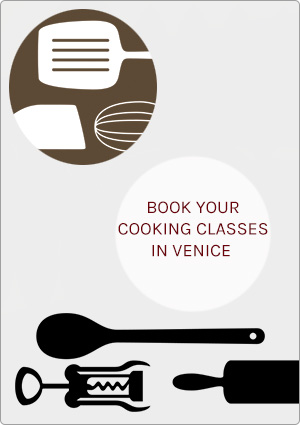